On February 1st and 2nd, Cherokee’s Speech and Debate team headed to Dunwoody High School to compete against 16 other schools at Georgia Northern Mountain Districts; with one thought on their minds: getting to Dallas, Texas for the largest academic competition in the world.

Speech and Debate is something students might hear in the announcements about every Monday with the large list of students who have received awards the Saturday before without knowing exactly what Speech and Debate exactly is.

So, what is Speech and Debate?

According to the National Speech and Debate Association (NSDA), Speech and Debate is “…an academic activity… Similar to athletic sports, speech and debate activities are challenging, competitive in nature, and require regular practice, coaching, dedication, and hard work.” 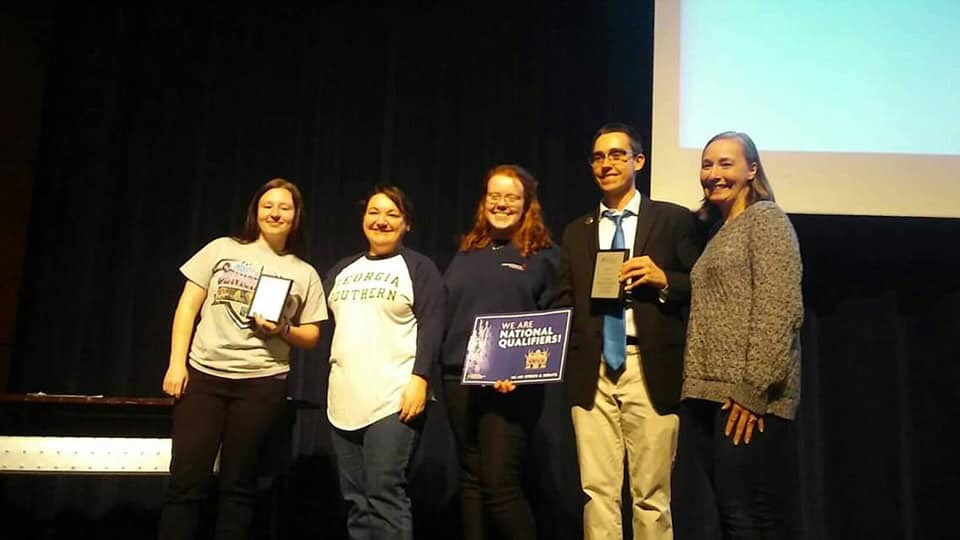 This activity is no walk in the park–the team meets every Monday and Wednesday in order to prepare for the next tournament, and the tournaments last all day, usually from 8am to 7pm. These kids spend their entire Saturday to compete and perform. Why though? To the average kid, it sounds insane to add so much more work onto their plate.

“When implorers are asked what kind of skills, they want someone to have, they’re looking for public speaking skills,” Head Coach, Jamie Wills, replied when asked why Speech and Debate is important. Captain Lauren Taylor repeated a similar concept when asked the same question saying, “It’s important because these skills are important and will affect the rest of your life.” 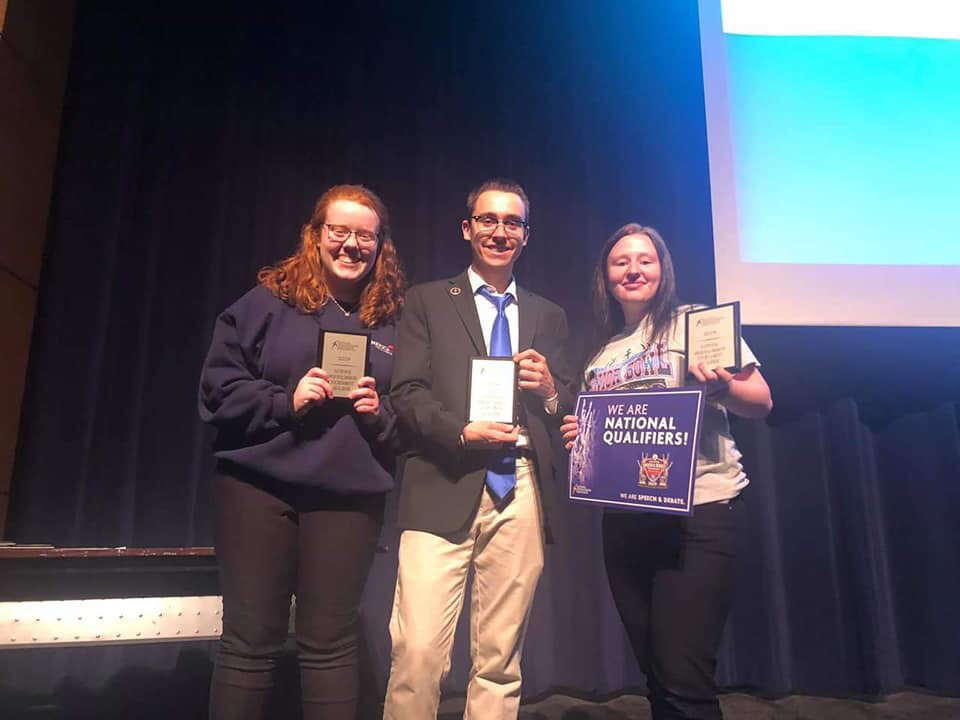 So back to Districts: the tournament that decides who will and will not go to the national tournament. Why is it so important to these kids? Well just like any athletic competition, Nationals is for only the best of the best. Not many kids even make it there, so going is a big deal. Coach Wills calls it “the Super Bowl of Speech and Debate.”

Cherokee has an interesting situation. The team this year has been killing it at the previous tournaments (as seen on the announcements). Taylor said “I’m really excited, we have a lot of good people so I think we’ll send a couple people to nationals and that’s exciting.”

What were the results? Well, Cherokee has three people qualified to the national tournament, and several alternatives (who will go to nationals if the qualifier drops from the tournament) which was a huge win for the entire team. The districts tournament was described as ‘perfect’ (despite the fact that program the tournament ran on Tabroom.com broke down nationwide Friday night for a short period of time).

When asked about they felt about winning a spot to Nationals, here’s what Cherokee’s qualifiers had to say.

John Peterson (Congressional Senate Qualifier) said, “Speech and Debate was my favorite event in high school and it is an honor to represent Cherokee at Nationals for a third time.”

Lauren Taylor (Program of Oral Interpretation Qualifier) said, “I’m shocked, I don’t know how I did this.”

And Anne Greer (Congressional House Qualifier) jumped off the stage and screamed!

It wasn’t only the kids who won though; Assistant Coach Martin won the assistant coach of the year award for the district, who responded, “This is legit so unexpected, but I’m totally honored.”

Overall, Cherokee did amazing at the district tournament! Coach Wills expresses how proud she is of her students, stating “Each and every one of you is a qualifier in my heart.”

One thought on “Speech and debate districts: the verbal fight towards nationals 2019”